The Only Solution to the Armenian Issue is Love and Unity

Quite possibly, no one can appreciate better the destruction caused by the incidents that took place during WWI, or the horrible aftermath of the fraternal fight, than the Armenians and the Turks. Both sides suffered great losses. Indeed, mass graves still exist in the region. It is because these two fraternal nations, because of the sinister plots of the British deep state, were forcefully and perfidiously turned against each other.

Certain disagreements that continue even today cannot be solved with the interventions and manipulation of self-interested individuals supported by the British deep state, who have no knowledge of the pains suffered during WWI. Only Turkey and Armenia can solve this problem. Many tragic incidents took place, and there is no doubt it affected both sides profoundly. The best course of action now is leaving behind the pains of the past, and bandaging our wounds together with our bond of friendship and brotherhood. The two countries should unite, set an example to the rest of the world, open their borders, lift the visas and passport requirements. They should stand by each other with love. This is the only way to solve this problem.

When the two countries unite with a bond of love, without any foreign intervention, the plots of the British deep state and its sinister affiliates will be foiled. Furthermore, they will be given a great lesson and the world will see that love is possible and will always triumph.

Our Armenian brothers and sisters must come to Turkish lands as they wish. We should have more Armenian citizens here; they should open schools in Turkey, spread their culture and strengthen the already existing common culture that we have. The Turkish government’s recent initiatives regarding the Armenian churches are commendable. Such efforts must be intensified and our Armenian brothers and sisters must be able to practice their religion comfortably when they come back to this country. There should be more business opportunities provided for them, including initiatives for trade and crafts, and they should comfortably maintain their presence in Turkey as our own citizens. This is going to be the best answer to those seeking to create animosity between the two peoples. The past plots of the British deep state shouldn’t be allowed to prevent this beautiful and strong unity. The losses of the two sides should be commemorated together, the past should be left behind and the two peoples should set an example to the whole world in the establishment of peace. However, this bond of love cannot be forged with prerequisites, political maneuvers, or a self-centered approach. Union of love should be the sole priority. This can be possible only with the messages of love by peaceful and reasonable people. When this happens, those hungry for hatred will no longer be heard, as their voices will be muffled by the voice of love.

In order to achieve this, there should be no conditions or pre-requisites. If the language of politics is based on a self-centered attitude, policies will inevitably be territory and interest-oriented. However the bond that must be built with Armenia is not a purely political one, but rather one of love and friendship. We owe it to our thousand-year-old co-existence.

Everything can be solved in a loving, friendly atmosphere. As long as there is love, territorial problems will not be an issue. However, presenting conditions, without offering any assurance of love, will inadvertently portray a selfish picture, and hurt the mutual trust. For instance, maintaining an inflexible attitude in regard to the Nagorno-Karabakh issue can cause a stalemate. Similarly, it is important that the Armenian side abandons all the conditions and prerequisites, as well. The world is built on love. Therefore, we must focus on love. There is no problem that love cannot solve.

That is the good news which God gives to His servants who have faith and do right actions. Say: “I do not ask you for any wage for this –except for you to love your near of kin. If anyone does a good action, We will increase the good of it for him. God is Ever-Forgiving, Ever-Thankful.” (Qur’an, 42:23)

Previous 5. Loss of the Ottoman Army and the Navy
Next The 150-Year-Old Project to Weaken Turkey 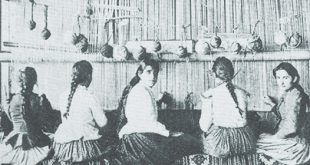 The 150-Year-Old Project to Weaken Turkey