Home / PART 6: The Occupation of Istanbul / The British Deep State’s Approach to the Sultanate and Plans for the Future of the Ottoman Empire

During WWI, British Prime Minister Lloyd George said that all Arabic speaking lands should be taken from the Ottoman Empire and placed under mandate and that Turks should have certain parts of Anatolia, but no European territory at all. He maintained that Turks should be given no part in the Straits or in the seas.328 This is the plan of the British deep state for the future of the Ottoman Empire and was built centuries previously.

What he meant was keeping the Turks in a small territory around Ankara, Konya and Central Anatolia. This plan was voiced explicitly by Lord Curzon, the British Secretary of State for Foreign Affairs, in Lausanne. In fact, even that plan was just a temporary stop on the way to their ultimate goal. The British deep state planned to oppress the Turkish Nation until all Turks were driven to Central Asia. This is the deep policy of the British deep state. Today, the circles that seek to give away Southeast Anatolia to the terrorist organization PKK, that desire a federal government in the Black Sea region after it is divided as West and East, that wish to separate the Mediterranean region and Antalya as federal areas, and that print maps depicting Istanbul as an international territory and Izmir and its vicinity as an independent state, are that very same deep state.

The report of the Committee on Asiatic Turkey, under the chairmanship of Sir Maurice de Bunsen, issued on June 30, 1915, made the dismemberment plan of the British deep state quite clear. The report recommended that the Ottoman territory be divided into five main regions/autonomous provinces: Syria, Palestine, Armenia, Anatolia/Turkey and Iraq. The report also said that the strategic locations along the line stretching from the Mediterranean to the Persian Gulf should be directly or indirectly placed under British control. The only way to do that was complete occupation of Palestine and Iraq. This way, they surmised, the British would be able to seize the entire economic privilege, oil incomes being the foremost, in Asiatic Turkey (including Mosul) in the post-war era.

British High Commissioner Admiral Webb wrote the following in a letter he sent to a friend on January 19, 1919:

Although we haven’t occupied their countries in full view, we are still appointing and dismissing their governors. We manage their police, control their media, enter their dungeons and release Greek and Armenian prisoners without caring about what crimes they committed. We keep their railways under our control and seize anything we want. Our policy is supported by the sharp edge of the bayonet… As long as we have the caliph under our control, we have extra control over the Islamic world.329

This arrogance and delusion of grandeur was the reason why the British deep state underestimated the Anatolian independence movement. The British, at first, didn’t believe in the national resistance. Renin, a daily of the time that was known with its views opposing Atatürk’s independence movement, explained it as follows:

Mustafa Kemal Pasha is trying to build a national movement in Anatolia. What a childish dream! How can the poor, downtrodden Anatolia, already lost in the war, stand up to the whole world? What is left in Anatolia, what is there so they can resist?330

The Treaty of Sèvres, signed after the Armistice of Mudros, was the final stage of the plan. It was one of the most surprising examples of the British deep state imperialism. Statesmen, who were supposedly the most civilized, most modern and liberal of the time, were ravenously making plans on conference tables to play with nations and build new power balances in the world. They planned not only to dissect the Ottoman Empire, which they wrongly dubbed the ‘sick man’, but also to occupy important regions and ports and thus take away its vital organs. The British deep state was confident that Turks, which they dismissed as defeated and despondent, would not object to all these occupation and dismemberment plans.

The British deep state planned to keep the Caliphate and sultanate as symbolic titles operating under their control. According to their plans, Istanbul would be made a separate state, and the Sultan would reside in Kocaeli or Bursa.331 However, Almighty God didn’t let Istanbul and Turkish lands, the place of the Mahdi’s (pbuh) emergence, fall into the hands of dajjali circles. These arrogant people, who considered themselves as the masterminds, made a big mistake and didn’t take into account the plan of Almighty God. They forgot that He controlled and ruled over all minds and plans.

They [unbelievers] plotted and God plotted. But God is the best of plotters. (Qur’an, 3:54)

‘An Independent State of Constantinople’: A Plan to Control the Straits

The post-war plan of the British deep state for Istanbul was to make it an independent state. The new state would straddle the Bosphorus Strait and would stretch to Çatalca in Europe and Izmit in Asia. This state was intended as a satellite-state that would secure British control over the straits. For this reason, the Dardanelles Strait and the Marmara Islands were also going to be included within the borders of this state. They planned for this state to be under the auspices of the League of Nations (the United Nations today) and there would be arms-free buffer zones between this state and its neighbors. The government would be run by British and French delegates in turns. According to the plan, it would be completely independent of the Ottoman Empire but independent of the Allies ONLY in terms of finance, justice and gendarme forces.

Today the same project is brought up on different occasions under various disguises. There are different models suggested such as making Istanbul a unique autonomous region, or its accession to EU apart from Turkey, with a different status. In a map published by The New York Times on May 14, 2016, Turkey is shown divided into different states, where Istanbul is shown as an independent state. As mentioned before, the plans of the British deep state are never shelved, they are only suspended or the players are changed. All their plans are put into motion as soon as the right time comes, even when that right time is centuries later.

The problem of the British deep state during those days was their underestimation of the independence campaign and the patriotism of the Turks. The current representatives of the deep state are making that very same mistake today. These deep structure representatives with their mafia-like mentality fail to grasp the love of Turks for their country, nation and flag. They wrongly believe that they can achieve their goals by publishing in various media organs maps of an imaginary divided Turkey, making sinister connections with terror groups to this end or by using local spies/sycophants. They fail to understand that the Turkish Nation will never ever allow this to happen. They will soon understand that their plans will come to nothing and that there is no division in the destiny of Turkey.

In fact, the real problem of the British deep state is their inability to understand that God’s plan supersedes all other plans because God’s infinite power will overrule all insidious plans. God’s plan for destiny will definitely take place. Almighty God will never allow sincere, honest, righteous and pious people to fail:

God will not give the unbelievers any way against the believers… (Qur’an, 4:141)

While the occupation of Istanbul continued, the British deep state was simultaneously making plans to suppress the independence campaign that was gaining momentum fast. First, they set up a unit, and trained and armed their soldiers. This small army was called Kuva-yi İnzibatiye (Forces of Order) and Süleyman Şefik Pasha was appointed as its commander. They also supported those gangs in Anatolia that rebelled against the Ankara government, and provided them with money and arms. These gangs, most notably Ahmet Anzavur, consisted of Caucasian refugees that fled the Russian civil war. During the first years of the independence campaign, on top of all the difficulties of forming a new state, Mustafa Kemal had to deal with these gangs.

The British deep state tried to turn Kurds in Anatolia against the Nationalist Forces. Lieutenant-Colonel Edward William Charles Noel, also known as the Lawrence of the Kurds, was an intelligence officer and was assigned the task of making the Kurds rise and secede Southeastern Anatolia from the Ottoman Empire.

Let’s hear what Mustafa Kemal Atatürk said about Noel in his Great Speech:

For the purpose of creating a fraternal fight between Turks and Kurds and helping build an independent Kurdistan under British control, they provoked Kurds. They spent huge sums of money to this end, spied endlessly… A British officer called Noel worked a long time in Diyarbakır to achieve this goal and resorted to all sorts of deceit and lies in his efforts.332

Noel, who argued that Kurds belonged to the Arian race and therefore were closer to Europeans than Turks, suggested the establishment of an autonomous Kurdish entity in Southeast Anatolia under British control.

The Importance of Istanbul 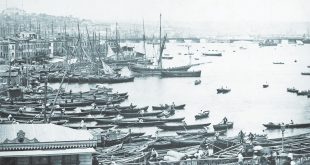 Istanbul: The Center that Unraveled the Deep European Plots

Occupation of Istanbul, the last Ottoman Parliament and the National Pact 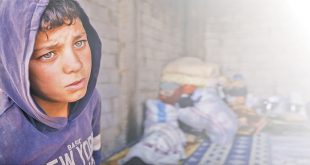 After the Turkish troops saved Izmir from enemy occupation on September 9, 1922, they turned …