Home / PART 1: The Secret Power That Slyly Manipulates the World: The British Deep State / What Sort of Deep Power?

Deep states are covert systems established by lawless groups that infiltrate state systems and take control of governments. Resisting change sometimes through violence and sometimes through propaganda, these institutions pursue their own agendas and do not answer to legal authorities. They act above the laws and legal state institutions because they use force and intimidation to achieve their goals and more importantly, they are protected by strong and deeply rooted mafia organizations. This is how they maintain their presence and influence in many countries. They build empires of fear to control legal administrations. No matter how independent the existing presidents and political systems of the countries might seem, due to the imposition they are subjected to, they usually must operate under the close scrutiny of these deep structures. These leaders’ decisions, no matter how reasonable and conscientious they may be, can be easily overruled by the deep states, which are capable of starting conflicts, clashes and separatist movements to further their goals.

Deep states have existed in one way or another in almost every country. Some of them became very powerful, while others attained power enough to have the sole say about the affairs of their respective countries. However, there is a much deeply-rooted mafia organization that is even more overbearing, more domineering than other deep states of the world, including the US deep state. This organization is the British deep state.

The British deep state is a mafia organization founded behind closed doors for the purpose of developing a new world order through the use of cunning and ruthless methods. This new world order seeks to exploit all other nations and eventually build a cruel world dictatorship with an Anglo-Saxon leadership. However, it should be noted that what is being referred to here is not the legally formed state system of the UK.

Since the 5th century when it was first formed, the British deep state has, in a sophisticated manner, worked to spread immorality, irreligion, moral degeneration, criminality, aggression, anger, violence, hostility, separatism and terrorism around the world. In time, it managed to take control of the world’s finance system before eventually obtaining control of lands and policies of the world’s countries. Over time, the British deep state got involved in almost every major world event. Falling of regimes, wars, military coups, division of countries, support for terrorist groups and all other similar dajjali practices and attacks, always took place in line with the decisions of the British deep state made behind closed doors. The dark leaders of the time followed the decisions made in some of the Masonic lodges controlled by atheists since the 5th century and came to a position where they became able to dictate to their respective countries.

It is important to make two crucial notes here: to a great extent, Freemasonry today operates as a decent and spiritual structure that respects all faiths. Religious freemasonry is a commendable and elite organization that enjoys a large influence. Especially in the current era of our world, in other words the End Times, they will assume great roles throughout the emergence of the Mahdi (pbuh). However, it is a known fact that in the past, some Masonic structures made extensive efforts to spread irreligion and were therefore criticized. For this reason, we are going to criticize this secret organization that gave birth to the British deep state, as it had been an irreligious and morally corrupt one during the time it was established and gave rise to the deep state. To be clear, the target of our criticism is not of the religious Masonic organizations of the modern day.

The second point is the possibility of confusing the deep states with the legal states. This book will focus not on the British state per se, but the deep state that has infiltrated and has survived within that legal state for centuries. Although there are practices of the British government that we do not always condone, it is clear that they are done under the undue influence of the deep state. Therefore, it is crucial to note that the criticism in this book is directed not at the legal states.

It is also vital to point out that this is certainly not a criticism of the said country’s people. On the contrary, we deeply value the British people. People are innocent and clear of the dirty plans of their deep states. Therefore, we would like to note ahead of time that the accusations directed at the British deep state in this book have got nothing to do with the British people. In truth, the peoples are also uncomfortable with such practices of the deep states and indeed, they also have been victims of many deep projects themselves. For this reason and for the sake of people living in those countries, it is crucial that the plots of these sly structures are exposed. As these plots are disclosed, the underground organizations making insidious plans for their people will lose their influence, artificially created frictions between people and administrations will come to an end and ways to building love will open up. It is important that the readers keep these significant points in mind as they read on.

Previous The Rise of the Deep Mafia Structuring
Next The Only Winner of the War: Britain 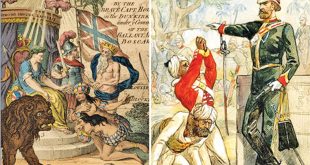 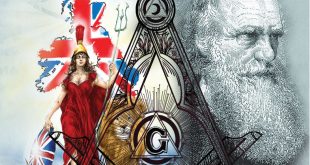 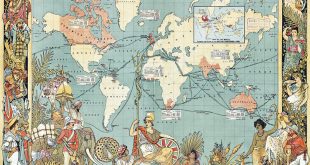 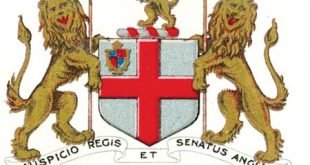