Home / PART 2: World War One and the British Deep State / The Only Winner of the War: Britain

The Only Winner of the War: Britain

WWI ended largely in the way originally planned by the British deep state and Britain was the one party that profited the most. By the end of the war, Britain had formidable economic power, not to mention the fact that it was now the most powerful European country. The Ottoman Empire and the German Empire, which Britain had seen as its biggest rivals and the greatest threats to its global rule of exploitation, had been dissolved. Other big empires, like Austria-Hungary and Russia, had also come down, replaced by weak, national states.

At the same time, the British deep state replaced its old colonial system with ‘mandates and protectorates’, which were cheaper and more practical versions of colonialism. This also allowed the emergence of ‘secret colonialism,’ a system shaped in line with the circumstances of the 20th century, but one that persists today.

In the early 20th century, Britain no longer wanted to be dependent on coal for its industry, army or navy and focused on oil instead. However, for this transformation to be possible, it had to achieve control over Middle East oil. The bloody world war helped it achieve this goal.

In the aftermath of WWI, Britain shaped the political setting of the Middle East, now under its control, to be in line with its colonial interests. It made sure that the new design of the lands effectively prevented Muslims from coming together and forming a union.

The British deep state sought to divide the Muslim world through artificial borders so that it could easily pit them against each other should the need arose, through differences in ethnicities, sects and tribes. It built a suitable setting so that it could easily instigate clashes and conflicts, which enabled it to lay the foundation for an ‘absolute and complete control of the Middle East’, in other words the ‘Greater Middle East Project’.

The British deep state’s support for the State of Israel in Palestine during WWI wasn’t because it was fond of the idea of Israel or of Jews. It supported Israel, because this was also a part of the Greater Middle East Project. There is no doubt that the Jewish people should live on these lands, according to the commandments in the Qur’an and the Torah. However, it should be known that the British deep state helped the cause only because helping suited its interests.

In the end, the British deep state was the side that profited the most out of WWI, as the party that carefully devised all its stages. However, as has always been the case, the price had to be paid by other countries and other peoples of the world.

For centuries, satan and the dajjal system have inflicted the greatest damage and destruction on humanity by means of the British deep state. This did not change during WWI. This British deep state-led war left behind millions of dead, tens of millions of sick, disabled, impoverished people, destroyed countries, collapsed economies, torn families, lost generations, nations struggling with poverty, hunger and misery for decades to come.

Joined by a total of 65,038,810 troops from all countries, the Great War had an official number of deaths of 8,556,315, 21,219,452 injured, 7,750,945 missing or taken as prisoners of war. Particularly heavy compensations that the losing sides were forced to pay caused massive economic crises in these countries, which in turn triggered crises in other countries that culminated in 1929’s Great Depression. Not only have the political problems between the nations not been solved, the tension caused by agreements laden with heavy sanctions caused new conflicts and polarization. Ideologies such as fascism, national socialism and communism got stronger and began to affect large geographies. All these developments led to WWII, which proved even more destructive.

Previous What Sort of Deep Power?
Next The Great War Is Looming 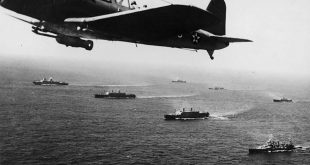 The Great War Is Looming