Home / PART 3: The truth behind the Fall of the Ottoman Empire / 1. Concessions Granted to Britain and the First Debt

9 Mart 2017 PART 3: The truth behind the Fall of the Ottoman Empire

The British deep state’s fascination with the Ottoman Empire began during the reign of Queen Elizabeth I of England. When the Queen sent the Privy Council member William Harborne to Sultan Murad III as an envoy in 1579, and Harborne took a permanent residence in Istanbul in 1583, diplomatic relations officially started. (Privy Council is a formal body of advisors in England, whose members are appointed by the prime minister and acts under the influence of the British deep state). Harborne played an important role in diplomatic relations and secured permission for two English traders to conduct business on Ottoman lands. Upon the request of the Queen, the permissions were later extended to cover all English citizens. This was the first capitulation given to the British by the Ottoman Empire, and marked the first step towards British control over the finances of the Ottomans. The Ottoman Empire’s promise to grant capitulations to the British for as long as the two states continued to exist marked the beginning of the end. From that point on, the British deep state maintained a one-sided relationship with the Ottoman Empire, which worked only to the advantage of the British, impoverishing the Ottomans and making the British even wealthier.

To put things into perspective, during the reign of Sultan Suleiman the Magnificent, the budget of the province of Sivas alone was 20 million gold coins, while France had a total budget of only 4 million and England 6 million. Despite its impressive wealth, after the concessions granted to the British, Ottoman began to suffer great losses and by the 19th century its financial system had hit a major roadblock. The privileges given to the British citizens reached their peak with the Treaty of Balta Liman. Interestingly enough, Sultan Mahmud II signed this treaty at his deathbed, at the instigation of the anglophile Mustafa Reşid Pasha, who was the Minister for Foreign Affairs at the time.

Twenty years later, the Crimean War broke out and though seemingly being among the victors, the war had devastating results for the Ottomans. When the British deep state-controlled Ottoman Public Debt Administration was founded during the rule of Sultan Abdul Hamid II, the Empire came under the complete financial control of the European powers and lost its economic independence.

A close examination of the underlying causes of the Crimean War will reveal the input of the British deep state, like urging the Russians to start the bombardments, and more specifically how it set the stage for the conflict. During the Ottoman-Russia crisis in the run-up to the war, Alexander Menshikov, head of the Russian delegation in Istanbul, clearly stated that Mustafa Reşid Pasha prevented peace because he was under pressure from the British Ambassador Lord Stratford de Redcliffe. This scenario sounds strangely familiar because the British deep state has always been involved in every Russian-Turkish disagreement that took place throughout history. Therefore, one shouldn’t be surprised to find that British military advisors were in the Ottoman army during the Crimean War and during the Russo-Turkish War of 1877-78. In fact, it was these advisors that convinced the Ottoman administrators and commanders to enter the war. These advisors plunged the country into war, making commitments which only furthered the interests of the British deep state.

The only reason why the British sided with the Ottoman Empire after the Crimean War was their desire to receive a satisfactory payback for their ‘assistance’. Indeed, that is exactly what happened: British obtained its greatest concessions after this calamitous war.

During the reign of Sultan Abdul Hamid II, the Ottoman Empire’s financial troubles reached their peak. On November 10, 1879, Ottoman treasury taxes collected for salt, tobacco, alcohol and fishery were handed over to Galata bankers and British-French banks, which were under British deep state control at the time. On December 20, 1881, with the Decree of Muharram, Abdul Hamid II opened Ottoman finances to international auditing, which marked the first time that foreigners obtained control over the way Ottoman finances were handled. 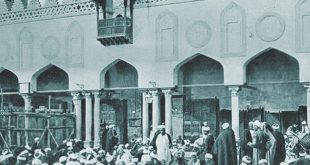 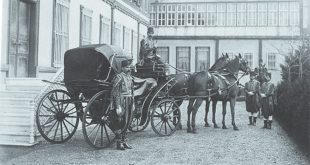 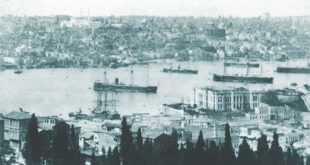